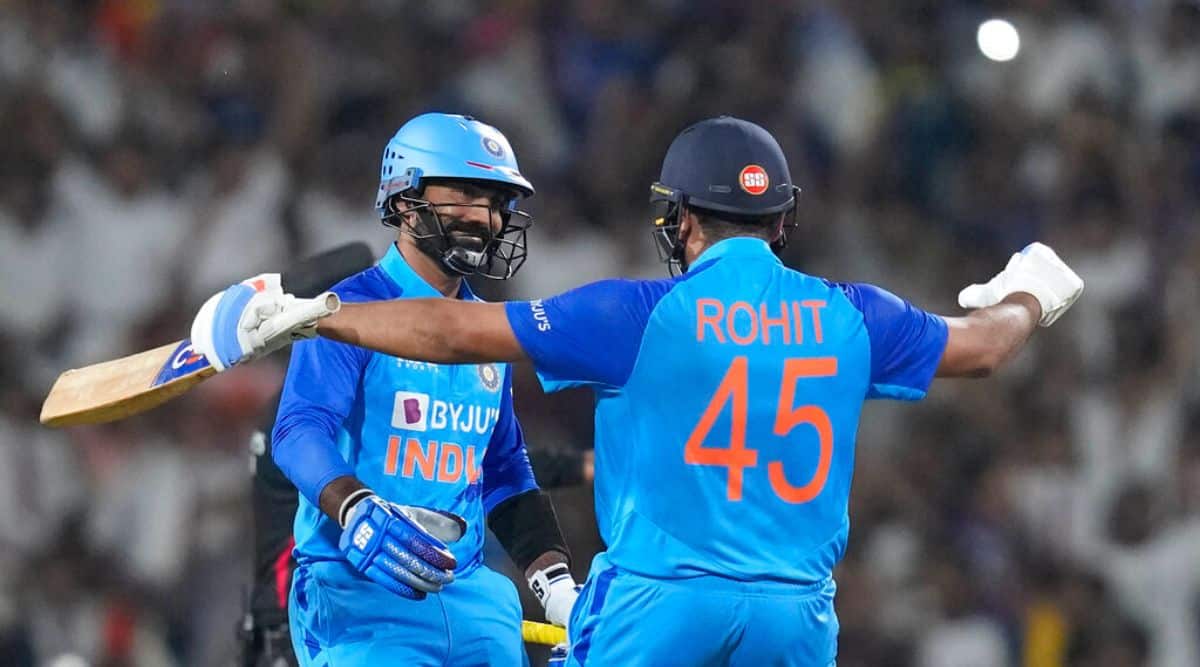 Riding on Rohit Sharma’s cultured blitz, India got back to winning ways. They were running away with the game when leg-spinner Adam Zampa intervened with the wickets of Virat Kohli and Suryakumar Yadav in successive deliveries. Suddenly the asking rate started to climb.

As the game neared its end, the hosts required 14 off seven balls, on the heels of Hardik Pandya’s dismissal. But Rohit played a classy – he oozed class throughout – cut shot for a four against Pat Cummins to bring the equation down to 10 runs off the final over. Dinesh Karthik sealed the deal in the first two balls from Daniel Sams, hitting a six followed by a four. Chasing 91 for victory in a truncated game, India won by six wickets with four balls to spare to level the three-match series. The warm embrace that Karthik received from his captain had relief written all over it.

An eight-over-a-side game is never a proper contest in any format. It’s a lottery, but India ran the risk of suffering their fourth defeat in five T20Is – against Pakistan and Sri Lanka at the Asia Cup and against Australia in the first match here – which still probably would have sharpened the critics’ knives. From that perspective, the win, where Rohit’s batting and fit-again Jasprit Bumrah’s searing yorkers were serious positives, brought welcome relief.

It rained heavily in Nagpur on Thursday evening and the outfield was wet, delaying the start by two-and-a-half hours. When the game began, some areas near the boundary rope still looked soggy and the fielders treaded carefully. Calling the game off might have been a more pragmatic decision, but credit to both sets of players who agreed to play. There’s a World Cup a month down the line and any injury could be catastrophic. But the fans had started to fill the stadium since five o’clock in the evening and their sentiments were honoured.

When the game started, the pitch played slow and the ball didn’t bounce much. Axar Patel used his arm-balls to make early inroads, after Cameron Green was run-out via an excellent Kohli throw. Axar castled the dangerous Glenn Maxwell in that over with an armer. The ball angled in, with the batsman making room and attempting to slog. But it kept low and Maxwell played over the delivery.

Captain @ImRo45 led #TeamIndia‘s charge with the bat in the chase & was our top performer from the second innings of the 2nd #INDvAUS T20I. 🙌 🙌

Here’s a summary of his batting display 🔽 pic.twitter.com/L3sO3ZCztA

Another armer from Axar accounted for Tim David; once again the ball keeping low and the batsman failing to connect.

Bumrah was brought into the attack in the fifth over and his first ball was a loosener. By the time the fast bowler was running in to bowl his final delivery of the over, he was firing on all cylinders. Aaron Finch got almost an unplayable yorker and was bowled neck and crop. In his comeback game, Bumrah didn’t take much time to hit his stride. India’s best bowler had been sorely missed. “It was good to see Bumrah on the park. Slowly and steadily he is coming back into his rhythm,” Rohit said at the post-game presentation.

WHAT. A. WIN! 👏 👏@DineshKarthik goes 6 & 4 as #TeamIndia beat Australia in the second #INDvAUS T20I. 👌 👌@mastercardindia | @StarSportsIndia

Bumrah’s second over was a bit expensive – a couple of fours had been accounted for. But it still had a superb yorker, which Steve Smith somehow managed to dig out. Over the last few games, Bhuvneshwar Kumar had been the team management’s preferred choice to bowl the penultimate over, at the cost of a few defeats. Today, the medium pacer was dropped and Bumrah came on in his place, which expectedly made a difference.

Australia still finished well with a 19-run over, the in-form Matthew Wade taking Harshal Patel to the cleaners, hitting three sixes. The southpaw top-scored for his side with an unbeaten 43 off 20 balls. For India, Axar returned with the meanest figures – 2/13 from two overs.

B. O. O. M! ⚡️ ⚡️@Jaspritbumrah93 strikes to dismiss Aaron Finch with a cracker of a yorker. 👍 👍#TeamIndia are chipping away here in Nagpur! 👏 👏

Don’t miss the LIVE coverage of the #INDvAUS match on @StarSportsIndia pic.twitter.com/omG6LcrkX8

Irrespective of formats, Rohit prefers to get his eye in before opening up. In this game, however, he didn’t have that leeway and it helped his team’s cause. The first six off Josh Hazlewood was a wallop over deep mid-wicket and the next one was a gorgeous pull over deep-square. Cummins attempted a slower bouncer, but Rohit hooked it over the fence. He was killing the opposition bowling with lazy elegance. The six against Zampa, an inside-out lofted drive over wide long-off, was spectacular, at a time when KL Rahul was struggling to force the pace against the slower deliveries. In a shortened game, Rishabh Pant as Rohit’s opening partner probably would have been a better choice.

A Zampa googly cleaned up Rahul and Kohli departed after showing flashes of brilliance. The leg-spinner trapped Surya leg-before in the very next ball to return with 3/16 from two overs. From India’s point of view, it was imperative to release the pressure and Rohit’s back-to-back fours against Sean Abbott had been timely. The skipper refused to surrender the initiative, scoring 46 not out off 20 balls and walking away with the Man of the Match award. 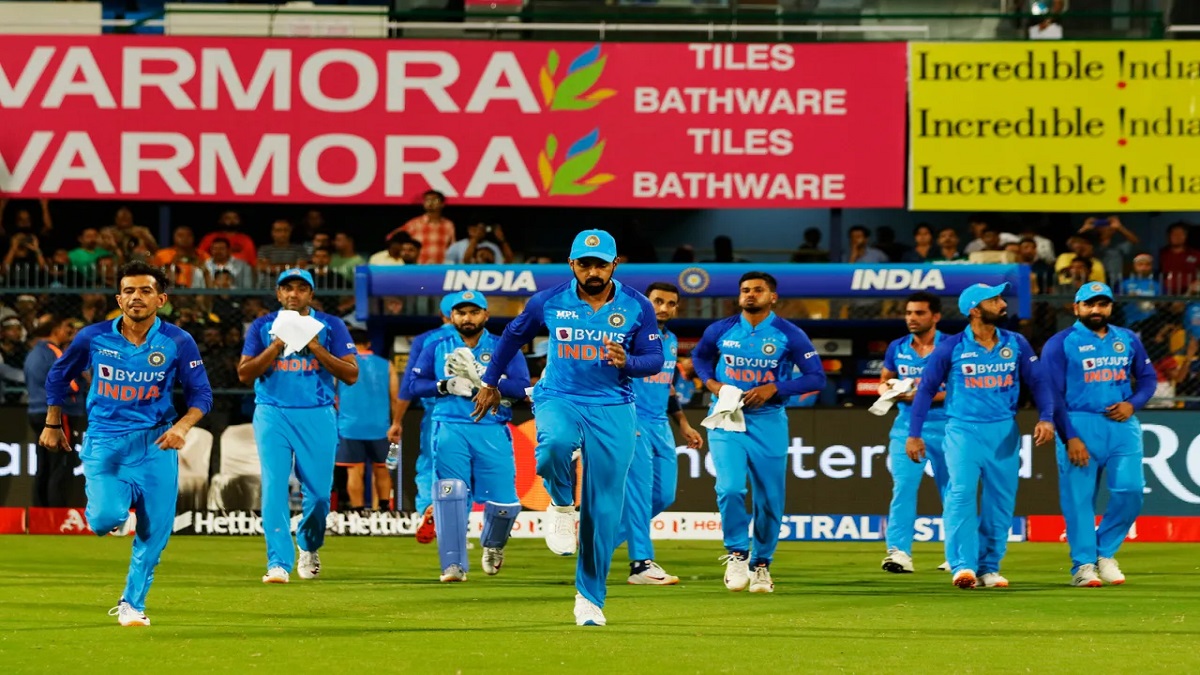 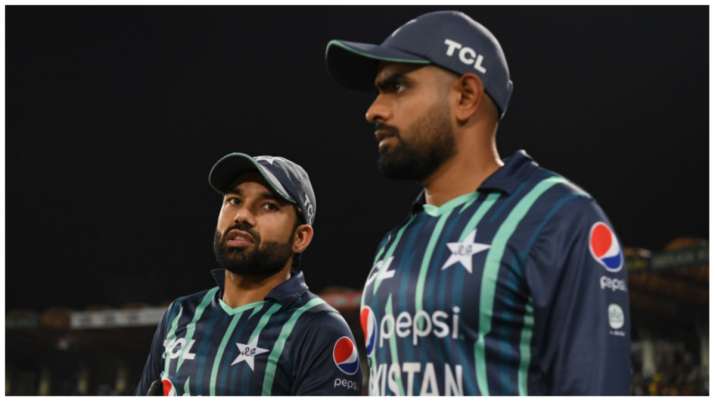